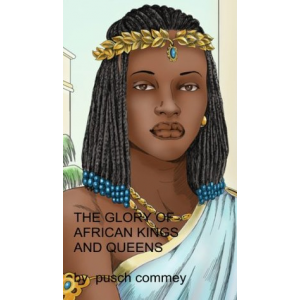 Book Title: The Glory of African Kings and Queens

"All roads to wisdom leads to Timbuktu" according to an old saying. That is Africa's legacy to the world. The 700 year-old manuscripts of Timbuktu that exist covered most areas of science, arts, law and good governance. It was within the reign of the richest man that ever lived, Emperor Mansa Musa of Mali. His university of Sankore had 25000 students in 1324 AD. Not surprising, since the first University in the world was African; Al Karaouine of Morrocco in 859 AD, followed by Al Azhar of Egypt in 969 AD. Much later was the University of Bologna, Europe's first in 1088 AD. The library of Alexandria, 300 year before Christ is legendary. The Queen of Sheba in all her sophistication and splendour was 1000 years before Christ.

From the richest man that ever lived, Emperor Mansa Musa of Mali to the builder of the of the confounding pyramid of Giza was 2500 years BC,Khufu ; Makeda the Ethiopian Queen of Sheba to the inimitable Cleopatra Selene of Egypt ; the formidable Queen Nzinga of Angola to Hannibal who taught the Roman empire the meaning of fear, African monarchs have been excellent examples of great leadership, and wonderful representatives of a massive civilization that changed the world.